I’ve noticed on a couple occasions that after a reboot that all of a sudden (while running the same beer profile) that the fridge set point jumps for a bit before correcting itself. The result is that the heater kicks on even though the beer and fridge at actually right at the “right” temperature. Has anyone else encountered anything like this?

then after reboot for about 10 min:

Here is a screen grab from the most recent example of this: 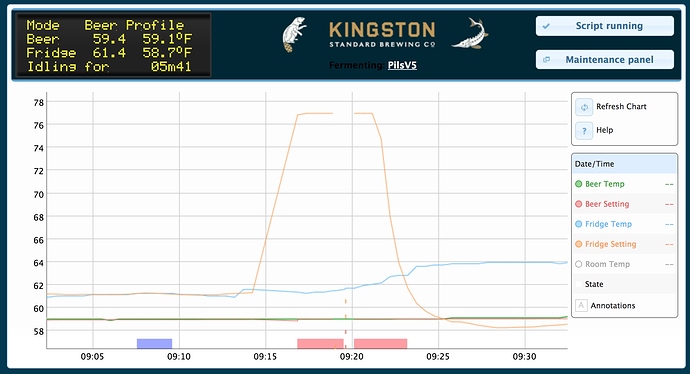