From looking at the display on the spark, it for some reason lost connection to the thermometers attached to it.

I was rushing out the door to leave for work this morning when I noticed so only had time to quickly disconnect everything and move the beer outside to prevent further damage, so don’t have all the information at this point.

My concern here is that the brew pi has entered an error state (not having any temperature information) but has continued to operate rather than failing safe and stopping all operation.

I can’t think of any circumstance where, upon failure of the thermometer input, that you’d want the brew pi to continue either heating or cooling.

I’ll post up any more information I can gather when I get home after work later.

I would suggest that this should be investigated immediately given the potential risks this problem exposes users to.

Which version of the firmware were you running?

This scenario was possible with 0.4.3 where a bug in the particle firmware could cause a complete device freeze.
We fixed this in 0.4.4 where we fixed the bug in question and introduced a hardware watchdog timer that should do a hardware reset if the device hangs for more than 60 seconds.

The default is already that if the sensors are lost, the heater and cooler are turned off.

Thanks for the update - awesome to hear that there is a fix for this already.

I’ll check my firmware when I get home from work and will update the thread.

So I was on 0.4.3 and can confirm from the graphs that there was some kind of “crash” around 2.40am last night, after which the heater was on constantly until I noticed this morning.

I’ve updated the the system now to 0.4.4 so hopefully I’ll not see this issue again. Thanks for fixing it, really important one

This is why you should add a mechanical fail safe thermostat inline with the heater. I have one set at 30 degrees. 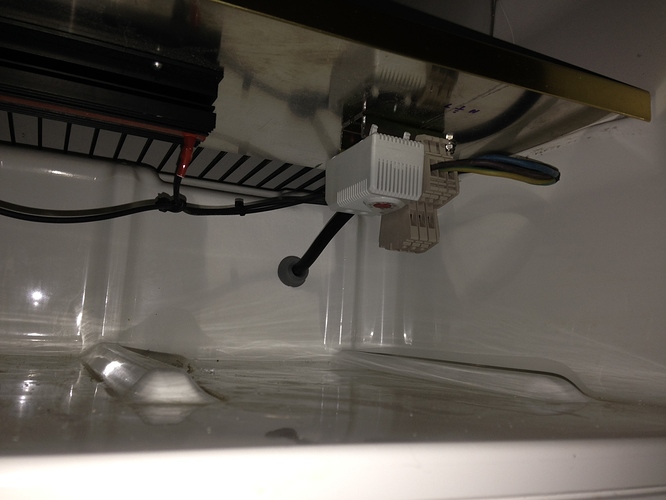