I’ve just finished my control box build, which is an enclosure to house the Raspberry Pi / 5v DC converter / Brewpi. I connected power and booted up to test it out. I am able to access the Raspberry via terminal and can see the Brewpi webserver in my browser. All 3 temp probes appear to be hooked up and working properly. The only thing that doesn’t work so far is the monitor on the brewpi. It lights up but is just blank. Anyone have any idea how to fix this?

So, the sensors show up in the web interface?
That confirms that the Photon is working.

Are you powering the BrewPi Spark over USB?
It could be that the voltage to the screen is low. There is a voltage regulator on the underside of the screen, which can be bypassed with a solder jumper. Depending on when you bought yours, I might have already done that. This is recommended to not have the extra voltage drop. Can you check this?

Thanks for your help Elco.

The sensors do show up in the interface. I tested them and determined which was which by dipping one at a time in a cup of warm water and watched the temp spike on the web interface.

I purchased back in mid-August of 2015 and I am powering over USB. The screen is connected to the brewpi by the 13 and 4 jumpers but nothing else as far as I can tell. Though can you give me an idea of what I should be looking for on the back of the screen? I am not sure what that solder jumper would look like. Attached is a photo (albeit a pretty poor one that incidentally features my poor soldering skills) of what I think is that voltage regulator you mention. 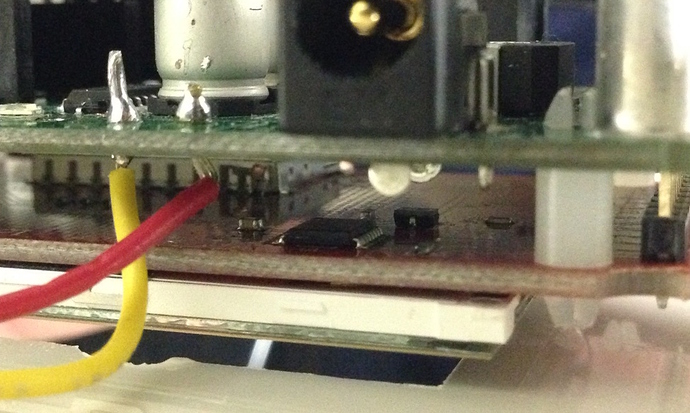 You’ll have to lift the screen of its white plastic standoffs to get to the solder jumper. I cannot take a photo to explain now, because I’m away from home.

If the problem is caused by the headers not making good contact it can help to bend them very slightly before inserting them.

Ok. Took the screen off the brewpi and here is a better image of the back of the screen of what I think you are talking about. Am I in the ballpark? If you let me know which area to focus in on I can take a closeup with a magnifying lens. From what I can tell nothing on the back looks like its loose. 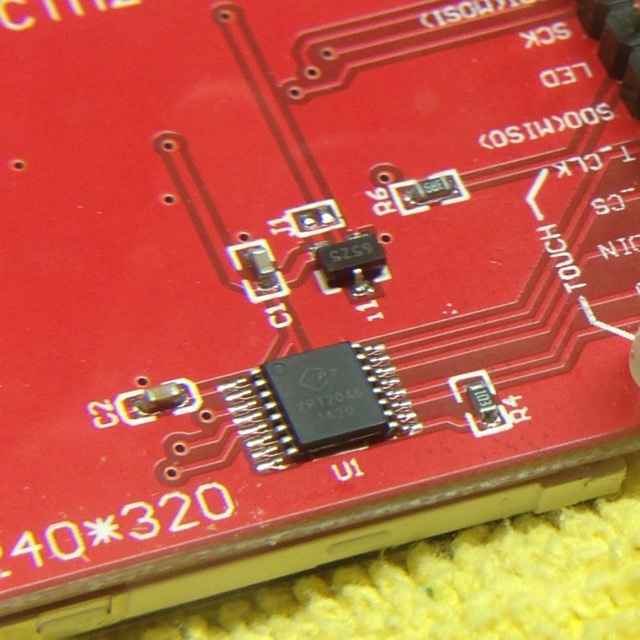 I’ll also try tweaking the headers a bit and see if that works.

Yep, that’s the voltage regulator and the jumper to bypass it (by soldering the 2 pads together).

How much current can your 5v power supply deliver?

Got it. You are referring to the jumper labeled R4?

The power supply is a 2amp 5v. I just booted up with a different 2 amp power supply and the same circumstance persists.

Also, I adjusted the headers on the monitor a bit but it hasn’t helped.

My guess would be the jumper labeled ‘J1’

Dan is right, it is J1. If closing that jumper doesn’t help, send me your address in a PM and I’ll send you a new display.

Here is a close up of J1 and you can see they are clearly not soldered together.

To be clear, I am going to just add a dab of solder to connect those two. 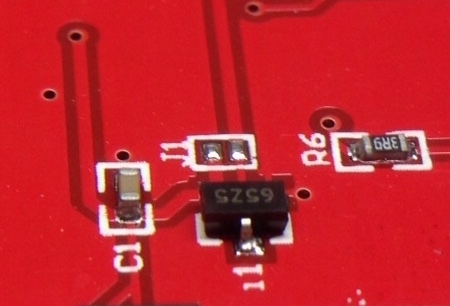 I received the new screen and it works beautifully! Thanks!

FYI Sodering J1 on my spark V2 seems to have fixed the screen. The Screen on mine stopped working shortly after I got it, but just dealt with it, but now that I am going to use it to control a greenhouse I wanted the display to work, and it does.