(resurrecting this original thread from the old forum) 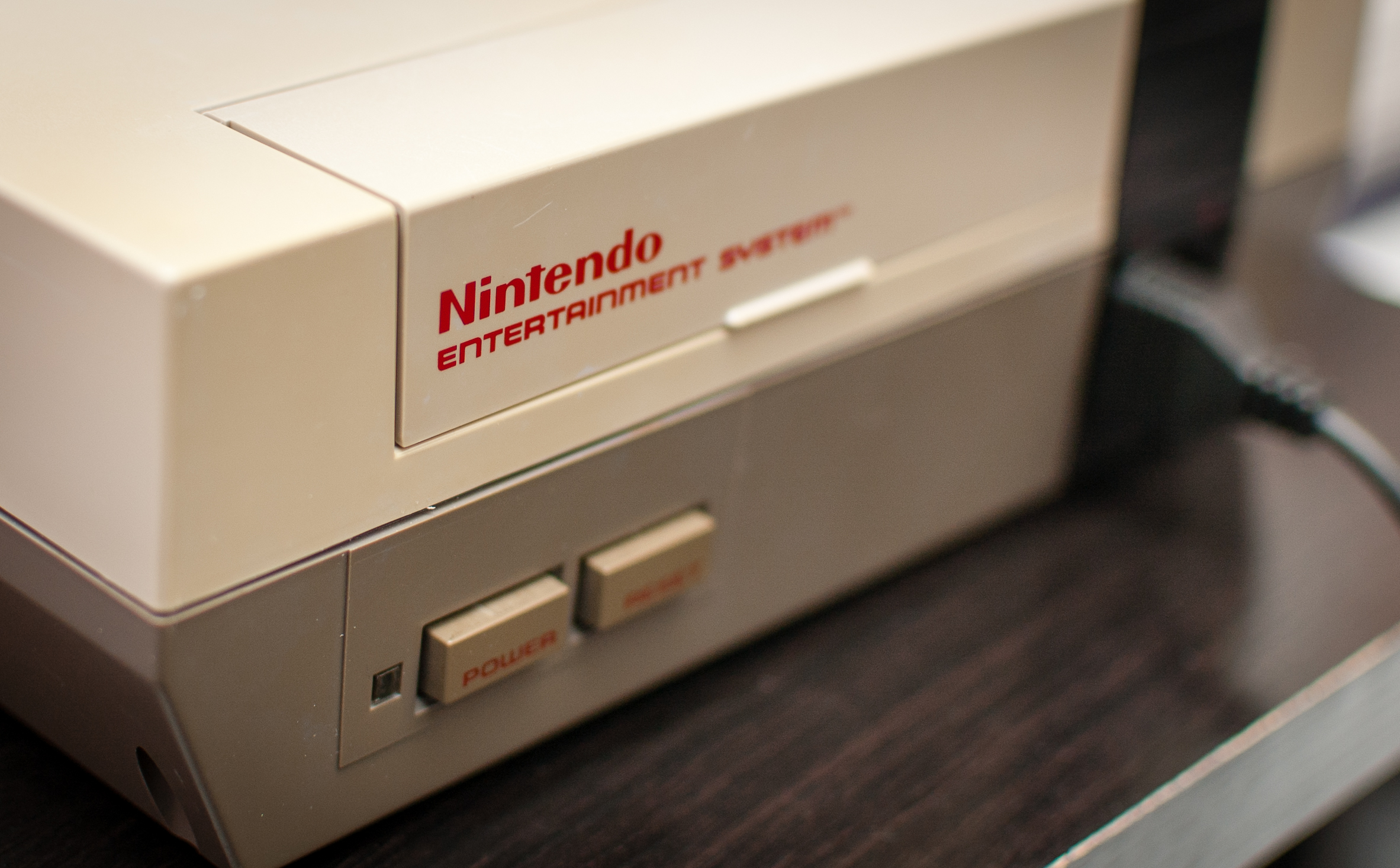 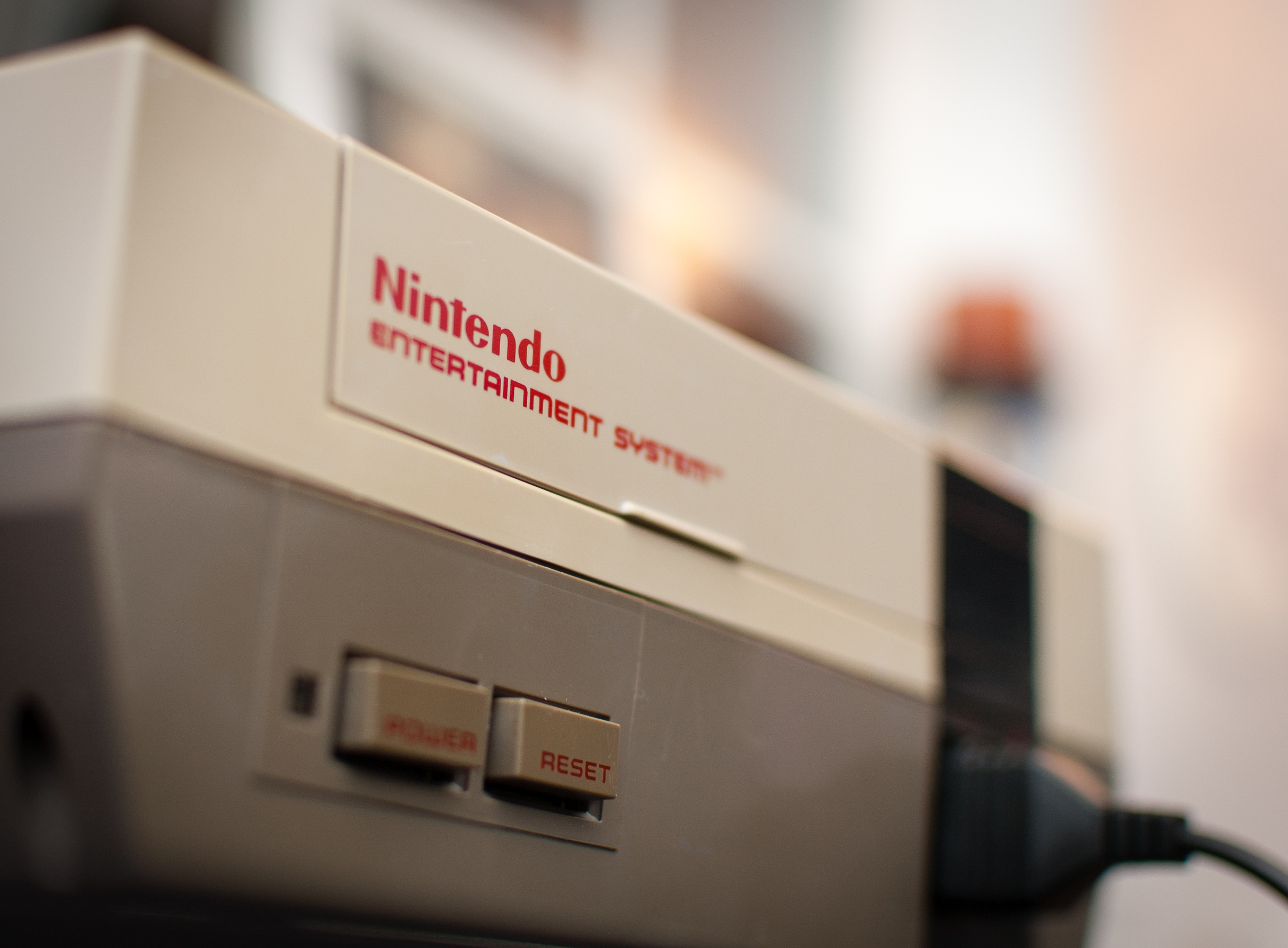 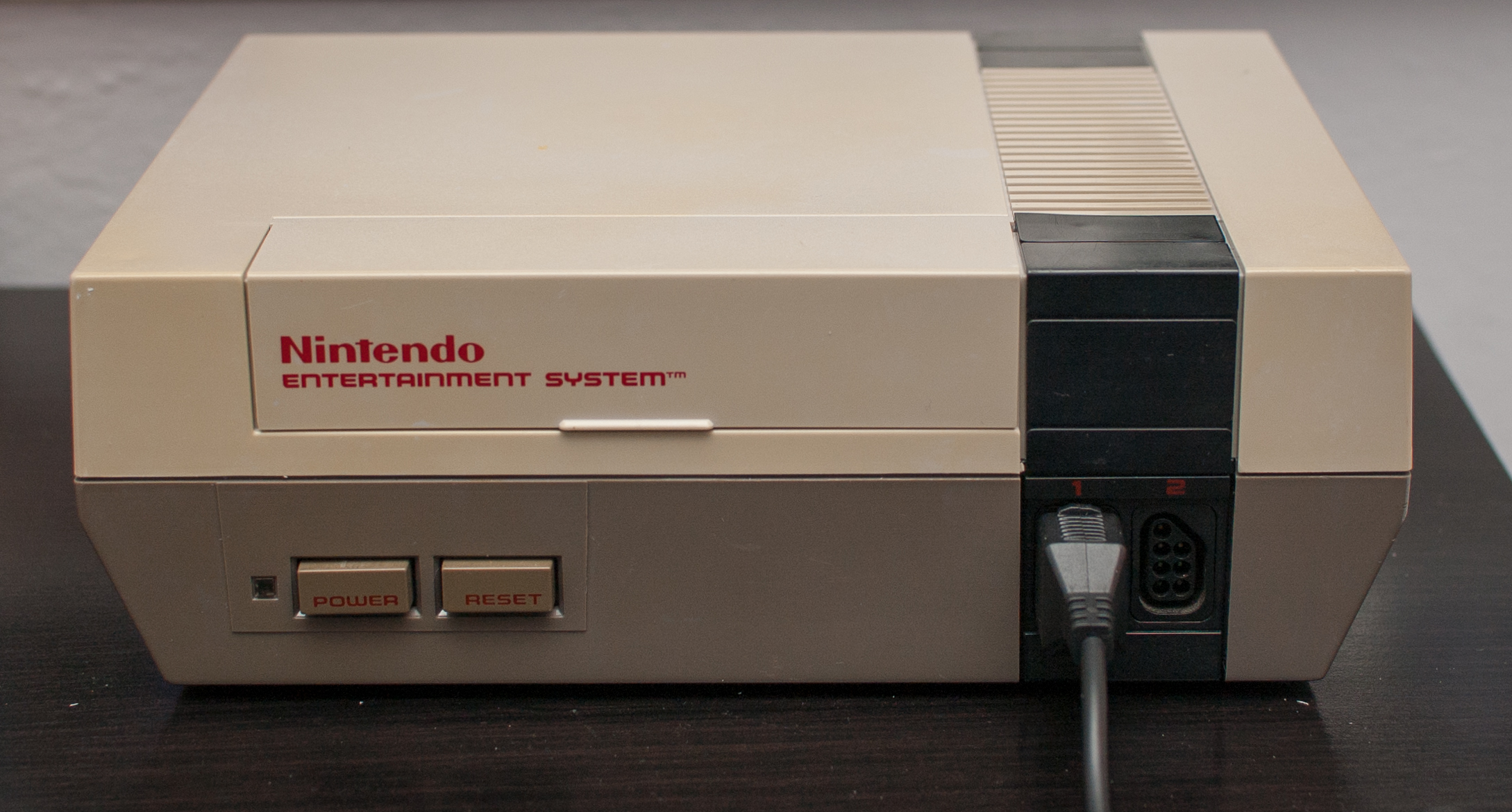 The temperature and door open/closed sensors are plugged in using the original gamepad connection on the front. 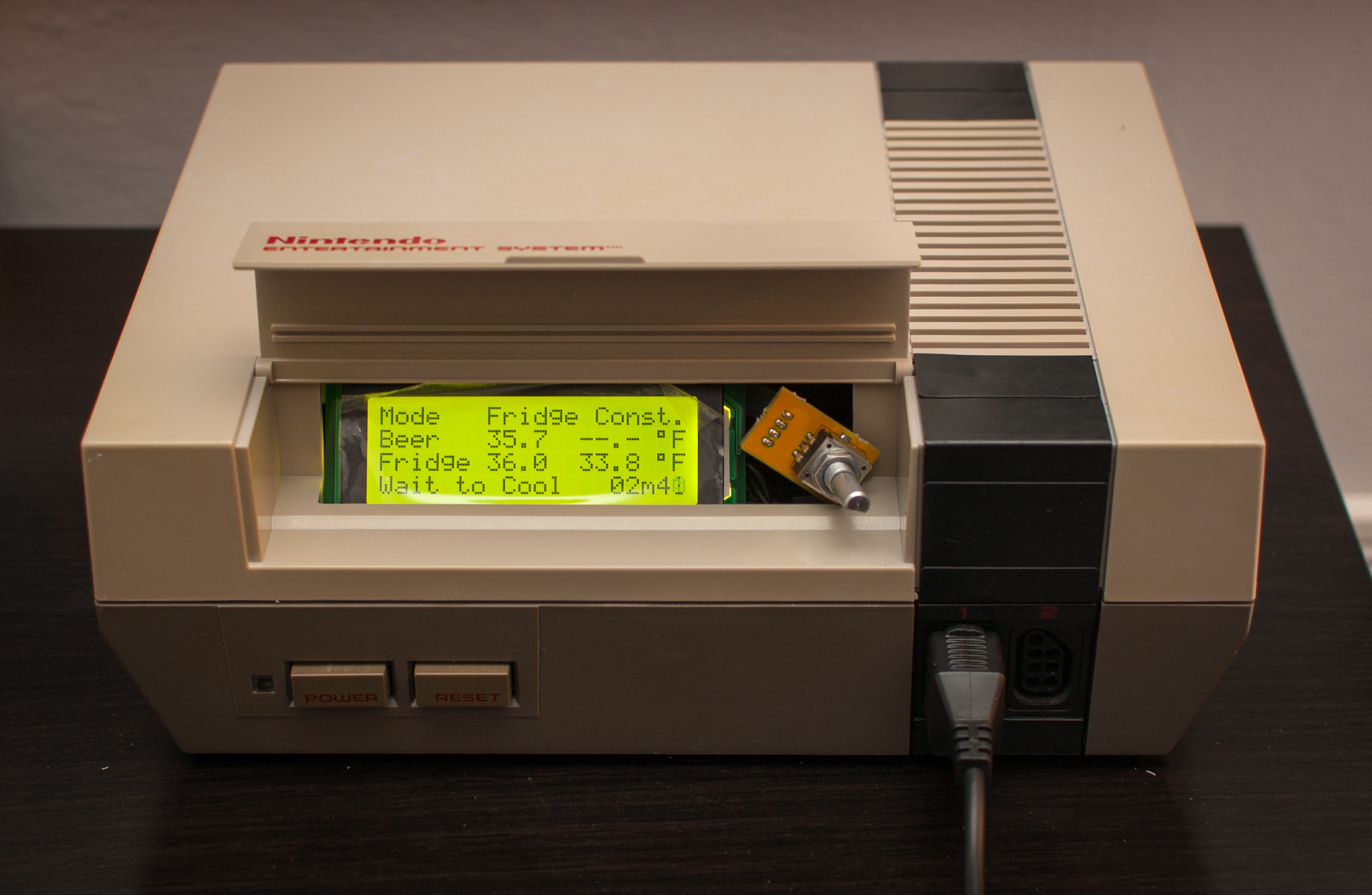 The Brewtendo’s display. No need to blow on any cartridges.

Power in, Heater out, Fridge out. 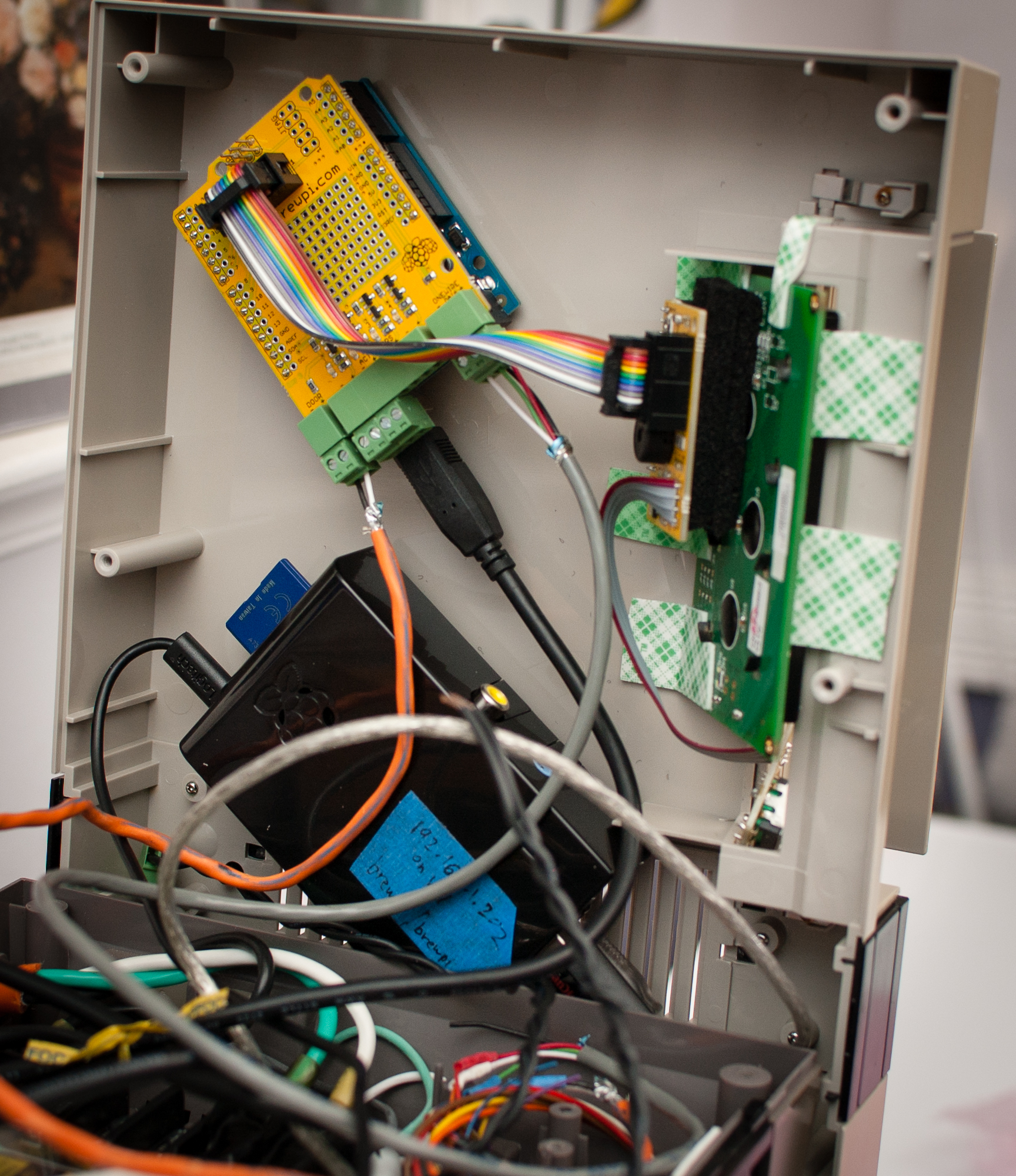 This is where the magic happens.
Brains on top: Raspberry Pi, Arduino Uno, BrewPi board & screen on the upper half. The Raspberry Pi’s OS runs on a USB 3.0 stick. 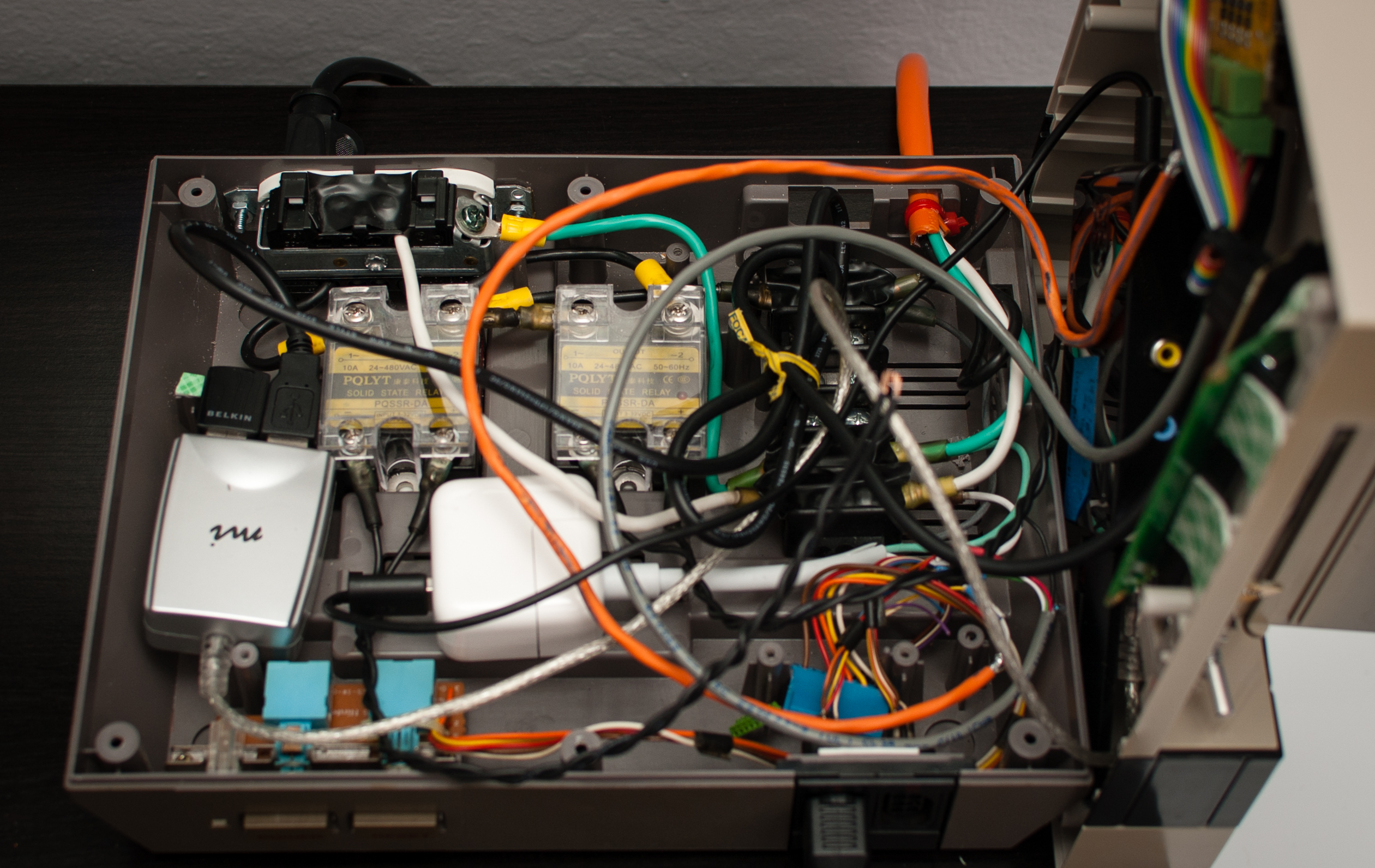 Back Story:
I thought that the NES would make an awesome project box. So I got a cheap, non-working unit on eBay, and ripped out all of the guts (Now I could never be sure, but I thought that I heard the sound of Taps being played. Gently.). It took some Dremeling to get some of the old screw mounts out of the way, but it turned out to fit everything snugly. I also used a Dremel with a plastic bit and the drywall adapter to cut out the two holes in the back for the outlet plugs. That’s really the only modifications it needed. 3M double-sided sticky foam/tape secures everything in place, which was a suggestion I found on this forum (thanks!). The only exception is the Raspberry Pi, which is held in place with Velcro, as I know from experience that I’ll be pulling that thing in and out as the SD card becomes corrupted from time to time.

Thank You’s:
Major, major props to Elco, for many things - not the least of which:

Also, a huge, huge thanks to all of you guys on the forums. I was able to avoid so much trouble with this project because you guys took the trouble to document the snags and successes you ran into along the way. Plus, this build was heavily inspired by the “show your build” thread. If I ever meet any one of you guys in person, I owe ya a beer on me.

(Note: this project was built long ago, using the original Arduino shield version of brewpi)