No dramatic new features this week, just a steady stream of iterative improvements.

Edit: Added a troubleshooting page with known issues / frequently asked questions. It includes a section on known issues that will be updated whenever a bug can’t be fixed immediately.

Tinkering around with BrewBlox for upcoming brew session which I will do with BrewBlox. Have to say the setup works well and the interface looks great! Well done guys, keep it up!

Is there a way to update brewblox-ctl from the web ui? Or am I blind?

No. Nowadays you can update the firmware from the UI, but the brewblox-ctl tool requires command-line access.

It’s a bit of a chicken-and-egg problem, because brewblox-ctl is the one starting and stopping the UI web server.

I just upgraded to the latest release, brewblox-ctl is running on an Ubuntu server 18.04.
After updating, the brewblox-ctl wont start anymore, only getting the following error messages: 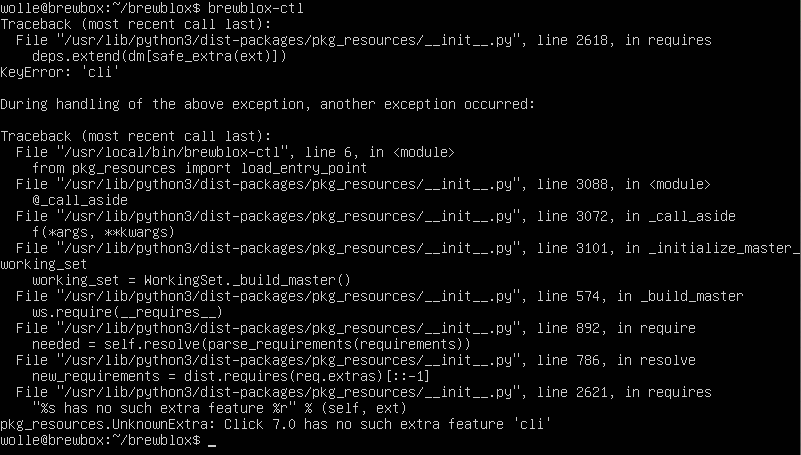 Also, when trying to install the latest version with pip I get:

brewblox was working smoothly until the update. Any thoughts how I can fix this?

I’ll have a look. The issue does correspond with some weirdness I saw when I updated dependencies. Apparently I didn’t completely fix them.

Ok, solved it myself in the meantime by adding --force-reinstall to the “pip3 install -U brewblox-ctl” command.
Service is now running again and the UI is accessible.

Yes, that’s the latest. Firmware build date can also be found in the release notes.

Doesn’t seem to be solved yet - PWM setting still remains unchanged even though it is listed as a changed item in the tool tip:

Looks like you’ll have to remove and re-add the field change.

They’re indexed by key, which just changed from setting to desiredSetting. Note it also doesn’t pretty print it anymore as “Duty Setting”.

Good to hear. I also pushed a fix for the dependency weirdness in brewblox-ctl. Now shouldn’t complain the next time you update.