I have been running BrewPI for a coule of years without problem. I recently added another fermenter to my system as well as another RPI.

The Raspbian OS that was installed on the new card showed several differences, the main was the /etc/network/interfaces file was blank. After some searching online I found that the wifi settings go in the /etc/wpa_supplicant/wpa_supplicant.conf file instead. Once configuring the wifi connection and installing the BrewPI software I tried the web interface to make sure it worked and noticed that the LCD display was missing… 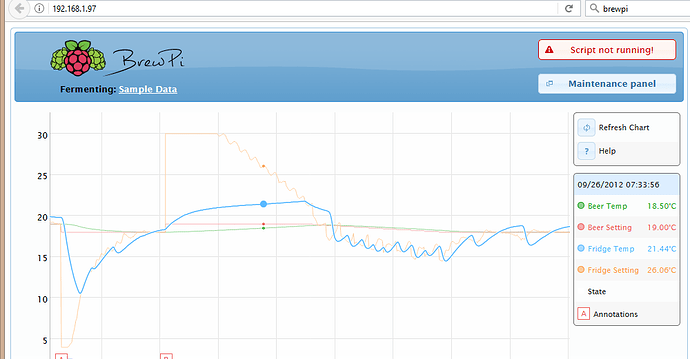 That live LCD display was removed from the current version, because the BrewPi Spark does not have a character based LCD display anymore. It was a relic from the the Arduino days and now has been replaced by displaying all active temperature sensors instead.

I am running an Arduino, so I plugged everything in and updated with the legacy path. The LCD Display came back and all is working as it did before.

I tried to set up multiple servers on a single PI a few months ago, but didn’t have any success. I may re-visit the wiki to see if the docker install process works better.