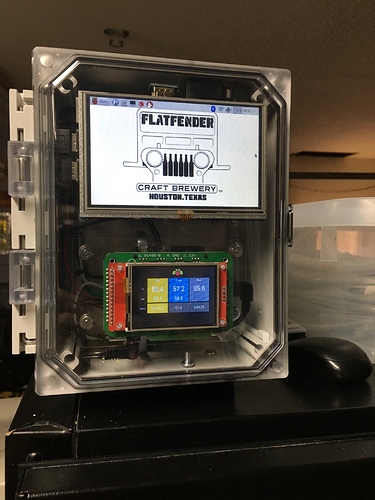 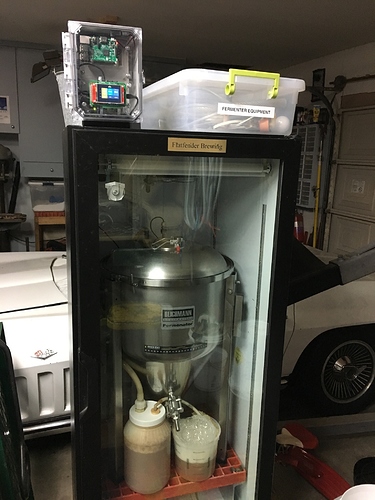 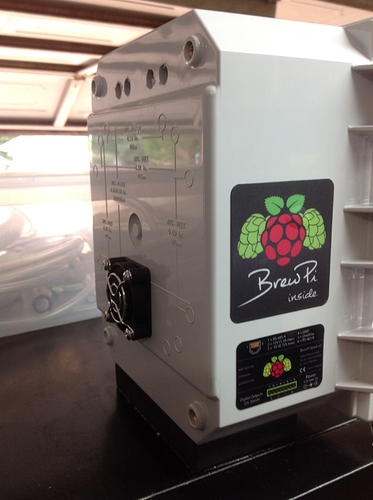 Looks good! Nicely boxed up and the big Pi display is a nice add.

What’s the container on the bottom left? It looks like you have a blow off on your blow off.

We were trying to recover the yeast and beer from a Hefeweizen. The first container is acting as a Burton Union(?), the second vessel is to air lock the first and act as an overflow. We had 13 gallons in a 14 gallon fermenter. Recovered about 3/4 gallon in our “liquid trap”.

The BrewPi/RPi has performed very well except when it randomly quits logging. Don’t know what the issue is except that when the BPi boots I’m getting an incompatible versions diagnostic on the error log. I posted on the forum but have not gotten a reply yet. 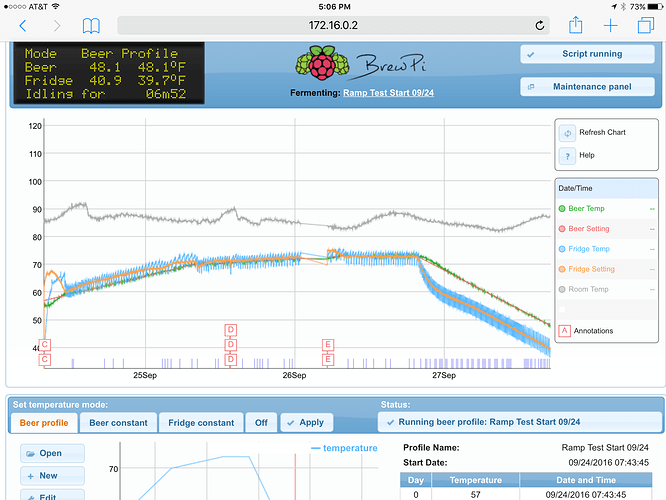 You can see the point on the chart where it stopped logging. I rebooted the BPi and it returned to logging without any issues.