Not your average fridge

So I wanted a BrewPi fridge but I also wanted a computer to use while brewing, unfortunately the Pi wasn’t really powerful enough for my needs.

I decided to go with an Odroid U2. If you haven’t seen these things check them out they are great fun with grunt in spades. 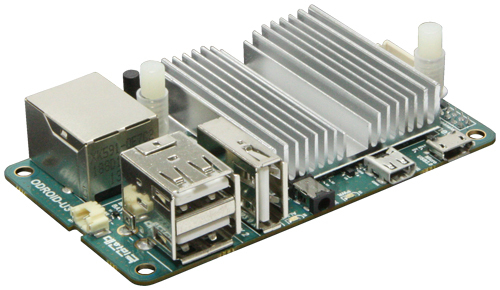 Then I started with a standard Fisher and Paykel like this one from my old flat. 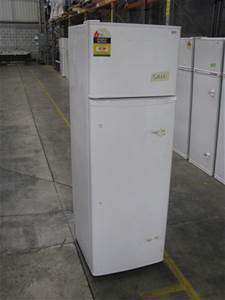 I got an old touch screen for cheap in a closing down sale and that was all the excuse I needed to have a bit of fun with the fridge. 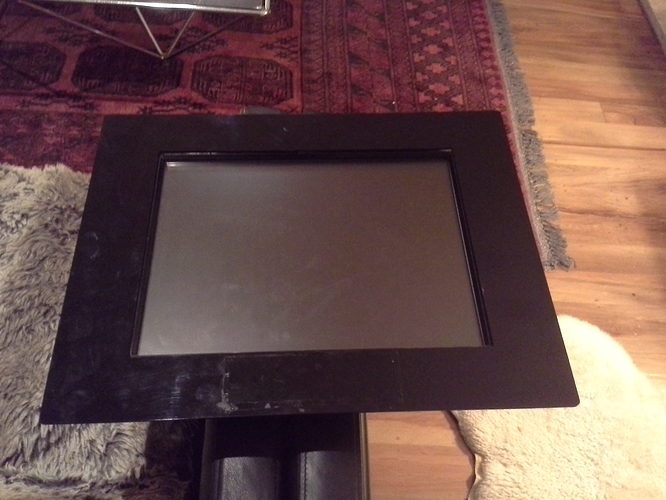 Step one. mount the monitor: 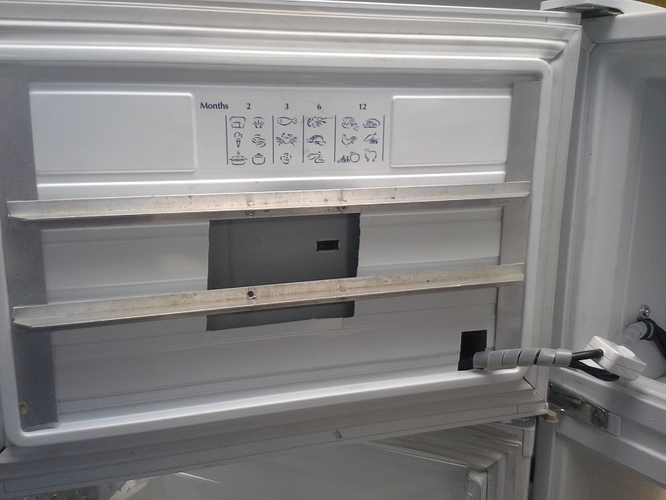 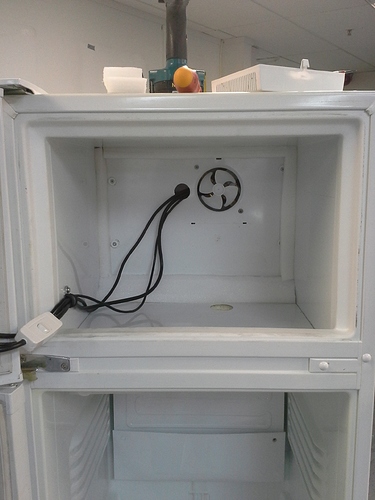 cables.jpg1920×2560 968 KB
Power, VGA and USB for the touchscreen running through the freezer. Also I cut two holes on either side of the freezer coil through to the main fridge, the one you can see and another one behind the fan so that the freezer would assist with cooling. The fan also supplied some circulation through the holes… 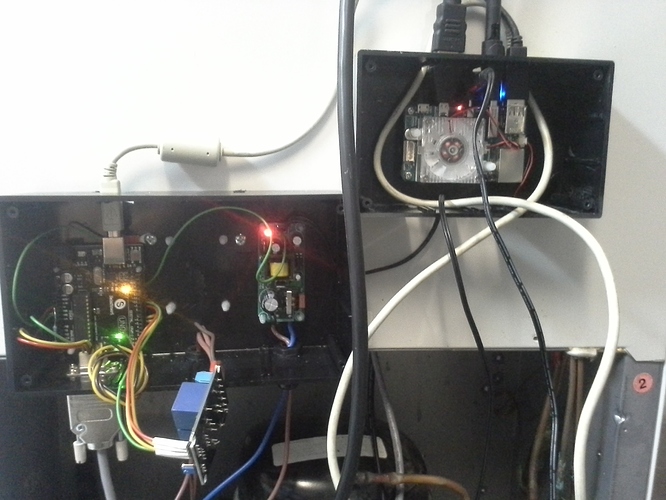 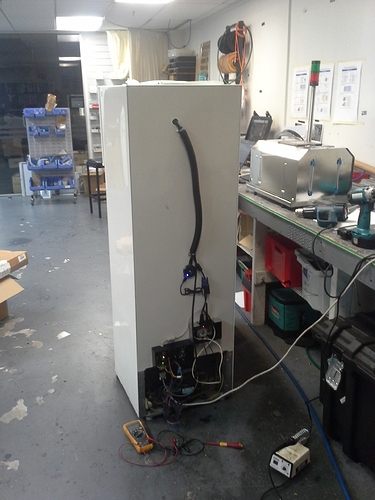 cables2.jpg1920×2560 952 KB
Two jiffy boxes were screwed onto the fridge to mount the Odroid, Arduino, relay board and power supply. It looks a little messy in the picture as this was still halfway through the build. 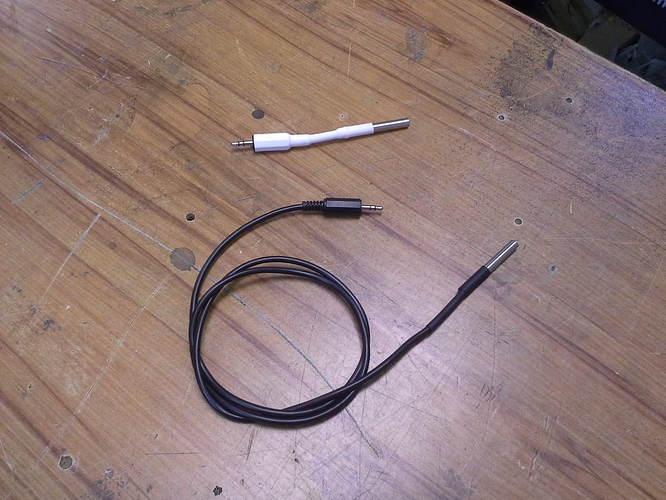 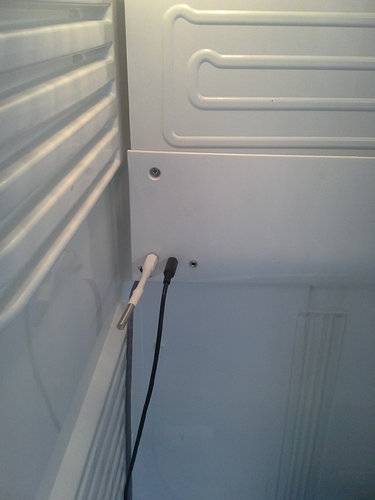 cables4.jpg1920×2560 904 KB
Here they are plugged into the back of the fridge, the extra socket visible has its own 3 wires back to the Arduino in case I feel like adding something else in the future. 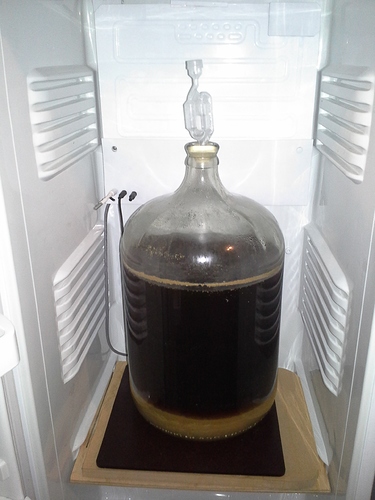 beer.jpg1920×2560 822 KB
19L of an Irish red we affectionately call Swamp Monkey due to comments from girlfriends about how it initially looked. You can also see the heat pad here. 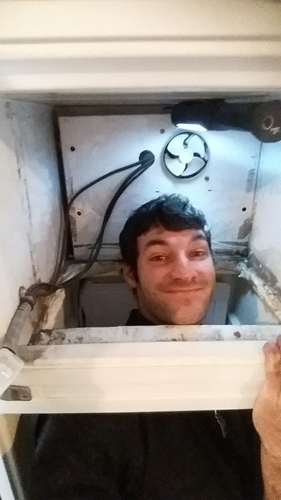 Unfortunately after six months or so the Odroid decided to go meet its maker. This coincided with agreeing to brew for a friends wedding so we needed to get up and running again as well as up our production.
Here I am cutting out the floor of the freezer entirely so that we can access the top of the new larger fermenter in situ. This also increased the airflow from the fan which was nice. (I look happier than I ought to, it was a pain of a job) 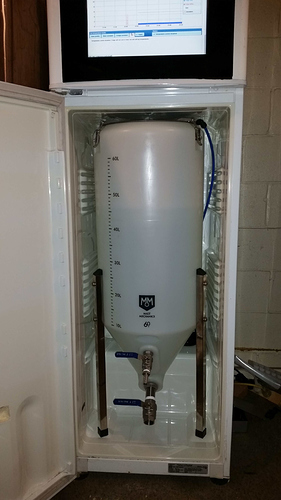 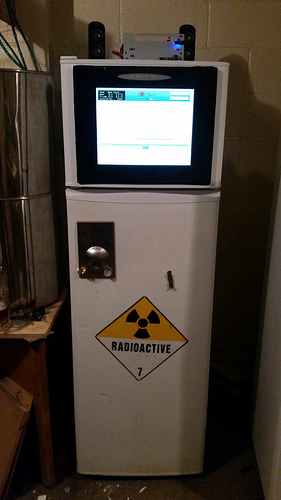 fin.jpg2988×5312 481 KB
Finished fridge. Until I get the new Odroid installed we are just running on an old Linux box but it still has enough grunt to play music or movies for us while we brew. You can see the speakers on top but there is also a small sub woofer behind.
Thanks for some awesome software guys. Feel a little guilty that I haven’t bought anything from you guys yet, think that will change when we upgrade our HERMS.
5 Likes
Dan August 10, 2015, 7:58am #2

Nice job! You in Auckland?

Thanks, yea my mate and I are on the shore. Probably moving to Onehunga area in a few months though. Where are you?

I’m in Sandringham. Always good to know of other brewers nearby. I’ve got one of the 30L Malt Mechanics conicals.

By the way if you are ever looking for a heater that is not a belt I have a couple of 60W tubular heaters I brought back from the UK with me. Seems to work really well: 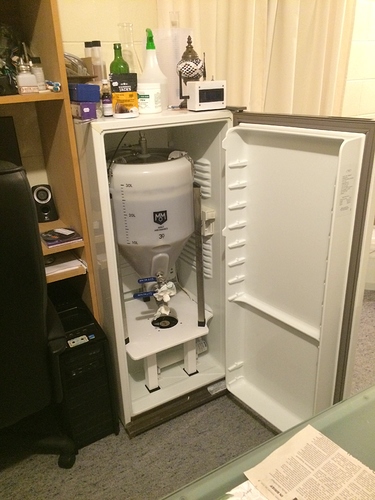 Nice, always keen to catch up with other like minded people. Will let you know next time we get a group of people together.