I’ve noticed in my last few batches that once fermentation nears completion the temperature starts to swing. It’s not a huge swing initially (+/- 0.3 deg C) but gets worse as time goes on. I’m still in a constant hold at 20 deg C, not a ramp. 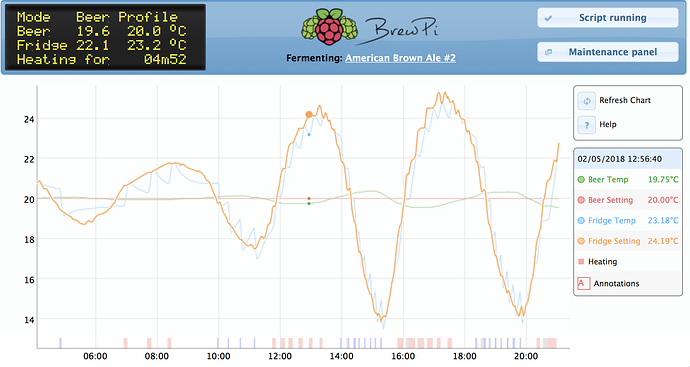 Here are my settings. I am running legacy branch. 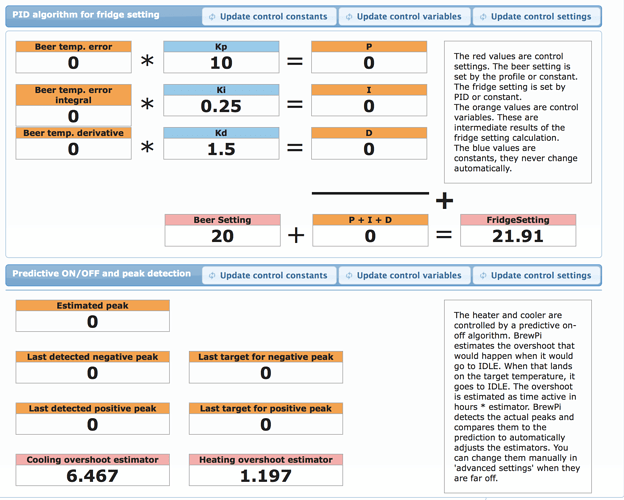 I’ve been switching to beer constant mode as a countermeasure. Any advice on how I can address this with the settings would be welcome. Thanks.

I think this wouldn’t happen with the latest version (not Arduino). I’ll try to give you a fix, but the options are a bit limited with the legacy version. I think the integrator is too fast, so it responds too quickly and keeps raises the fridge setpoint while the beer doesn’t have enough time to respond. Try lowering Ki to 0.1 to see if that helps.

Beer constant or profile doens’t make a difference if the temperature is constant.

Thanks, Elco. Reducing the Ki to 0.1 seems to have made a big difference. I’m only seeing about a 0.1 deg C swing now. You can see the before and after in the image below. The fridge constant mode is in the middle before I switched to the new Ki. 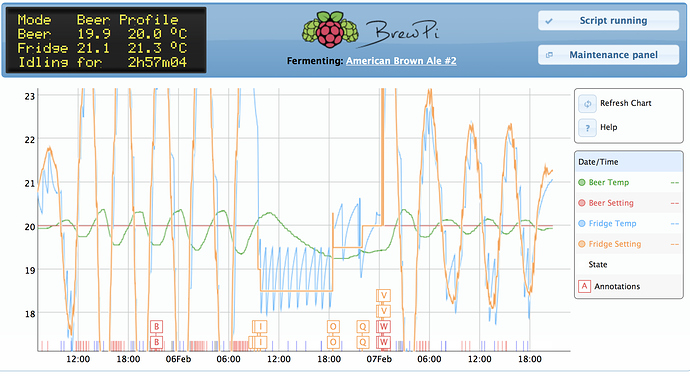 The support you provide has made me a dyed in the wool BrewPi believer. I’m hopefully going to upgrade to the new version later this year.

Try also reducing Kp, perhaps half what it is now and maybe go even lower with Ti. You should be able to get a flat line and not alternate between heating and cooling.

I had that issue and resetting to defaults solved it

Thanks again, Elco. The adjustment seems to have worked great. I reduced Kp to 5 at about 3/4ths of the way along the x-axis. Here’s what the graph looked like. The cold crash control was improved as well. 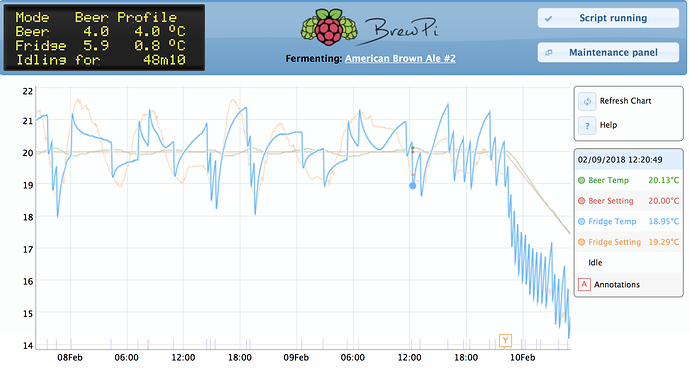 By Ti did you mean the “Maximum time in seconds for cooling overshoot estimator”? I had that set to default 1200. If that’s the correct one, I’ll try lowering that on the next batch.

Update from last time. I had a batch of lager that went very well with the settings changes. My most recent batch started having another problem during the cold crash. After about 24 hours of holding 2degC, the upright freezer I’m using stopped cooling even though the web interface said it was in cool mode. I am using a freezer that I rewired to bypass the thermostat so it should always stay on. It seemed to do this fine for the previous beer. Maybe I missed something. Could it be there is some kind of override built into the freezer that kicks in when there have been too many cycles over a short period of time?

Here are the screen grabs of the interface: 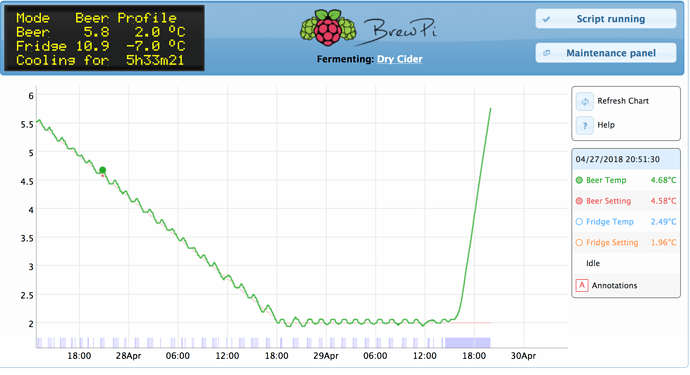 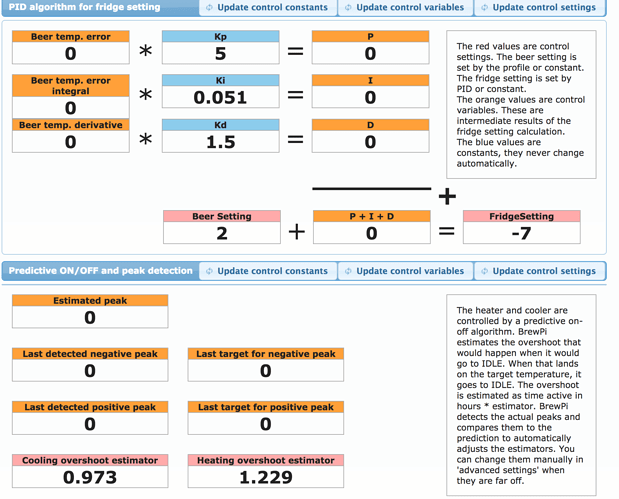