Due to Elco’s upcoming holiday, we decided to push some firmware changes now. This leaves us time to fix any critical issues while he’s still here.

This release does include a pretty exciting change: we can now update firmware over Wifi! You can even run it from the UI, without having to restart your services.

IMPORTANT: If you skipped the last update, you’ll need to run brewblox-ctl flash to enable updates in the UI.

The new mechanism is experimental, and may require a retry before it works. There are multiple checks in place to ensure that if an update fails halfway, the current firmware is not corrupted.

All good so far for me, with one exception one of my three fridges lost the link to channel B on its DS2413 chip, it was blank?
Was previously linked to the cool actuator. Reconnected no problem.

That’s kind of weird. We’ll keep an eye out for the problem reoccurring.

I tried to do a clean install and and i got stuck here: 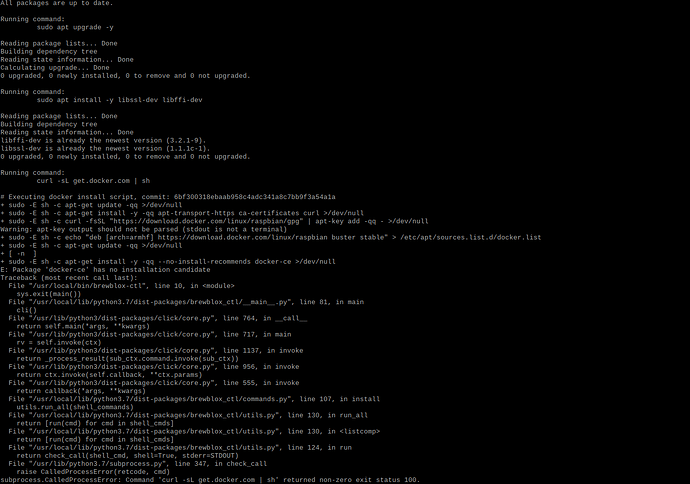 Docker screwed up their dist version for raspbian.

Add yourself to the docker group afterwards (script prints the command, and then reboot your Pi)

Yeah that’s not supported by docker. Use previous version instead.

You want to download Raspbian? Raspbian France have everything you need!

I also encountered the problem with loosing the link on channel A on two of my DS2413 chips. This has happened several times.

I’ll make an issue for it. Anything specific that seemed to trigger it?

No, i can´t see any pattern when it´s happening. Just random.

Hi, I have just done the upgrade and now none of my actuated valves open/close.Brewblox says opening but nothing happens? Any pointers?
Thanks

Are you trying to open them one at a time, or in combination (through the step view).

Some troubleshooting steps you can try:

Also check that you have not swapped the open/closed feedback pinsand that the boards get 12V.

Removed all blocks and recreated, but still the same no response 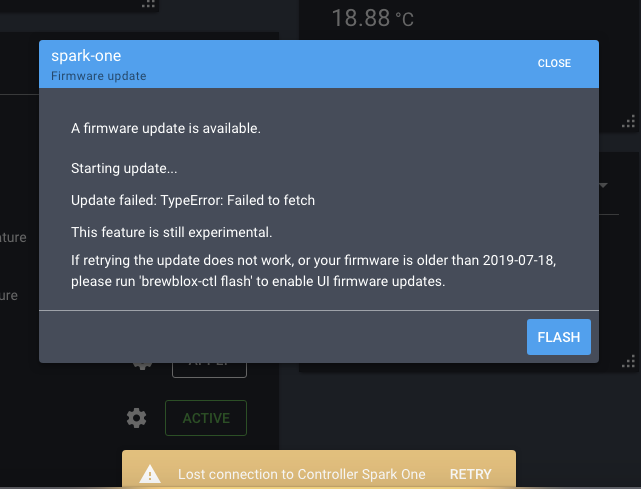 The actions menu says I’m on the latest …

You got the whole dialog as automatic popup, or just the notification w/ button?
At which point was this? During update / normal use / something else?

Behavior when firmware updates are available is still experimental. We want it to be noticeable without being overly annoying.

Note that it only checks the firmware binaries carried by the Spark service. It’s not a reminder to run brewblox-ctl update, but that you’ve run the update, and haven’t flashed the controller yet.

What do the extension boards status LEDs show?
Did you check what Elco suggested?

Could you please post your logs ( brewblox-ctl log and then copy the termbin url), and your blocks (spark service page, actions, import/export blocks)?

It was initially a popup as I opened the browser, I then clicked on it and it gave the notification above.