My BrewPi HERMS and fridge build

Thanks @Elco and others for all the hard work on the software dev and quality products!
Dave 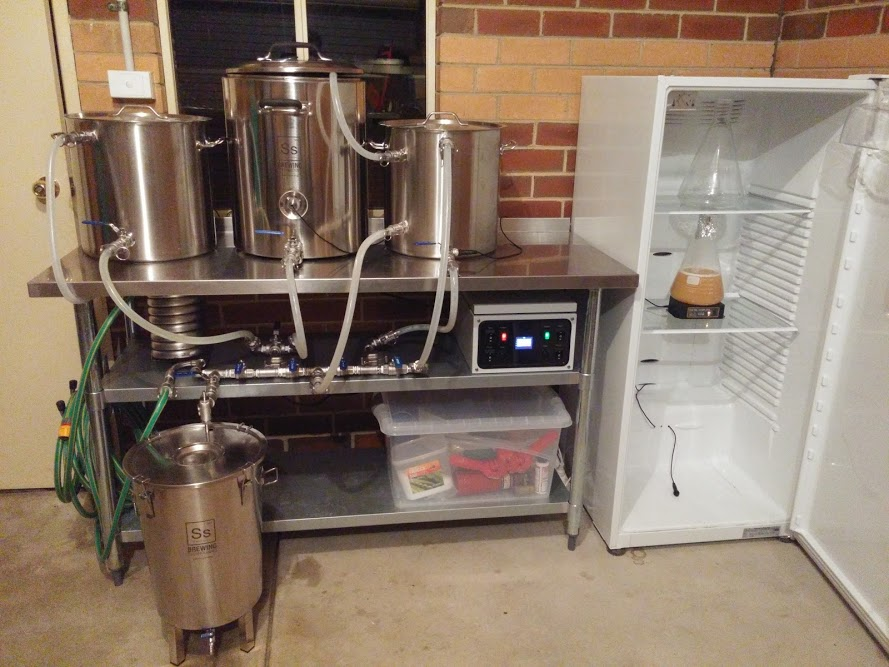 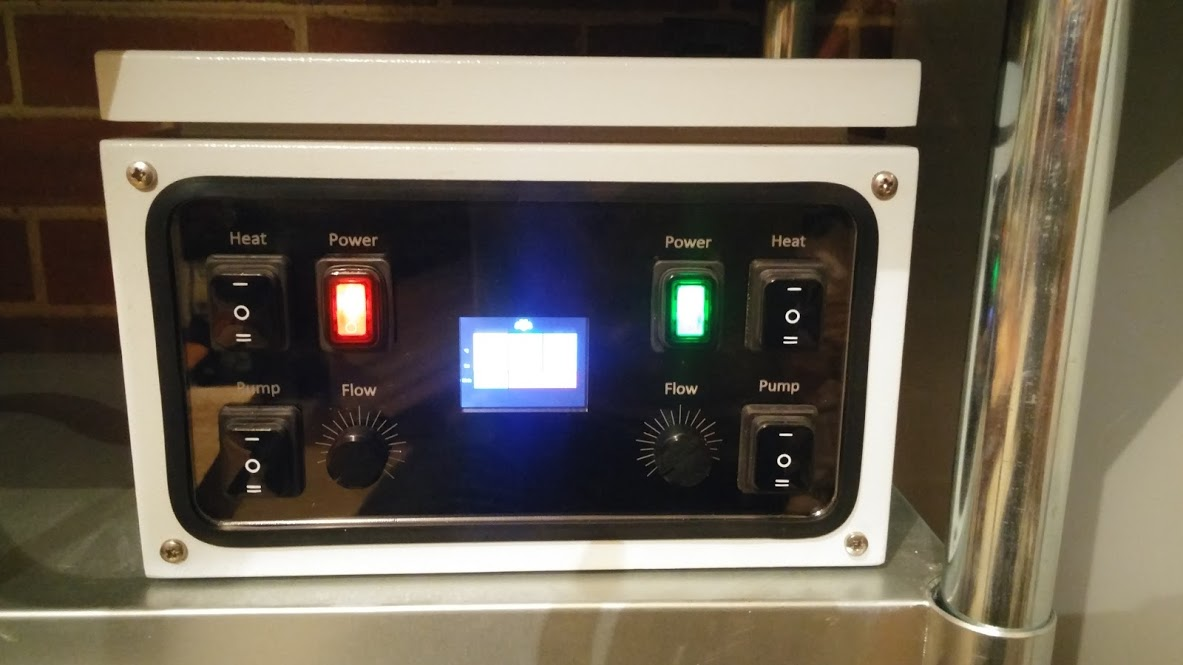 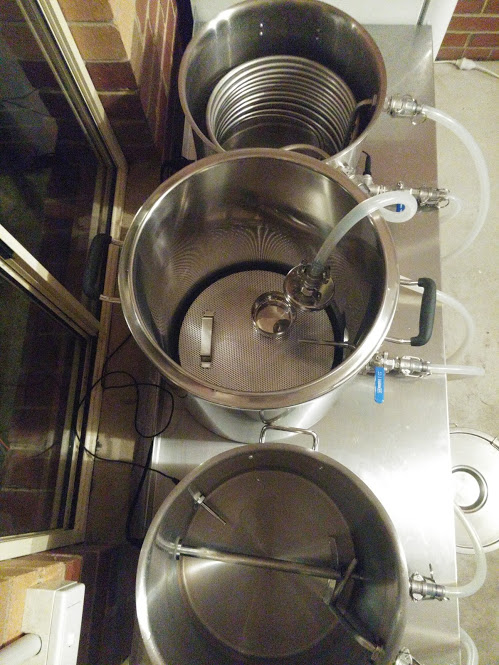 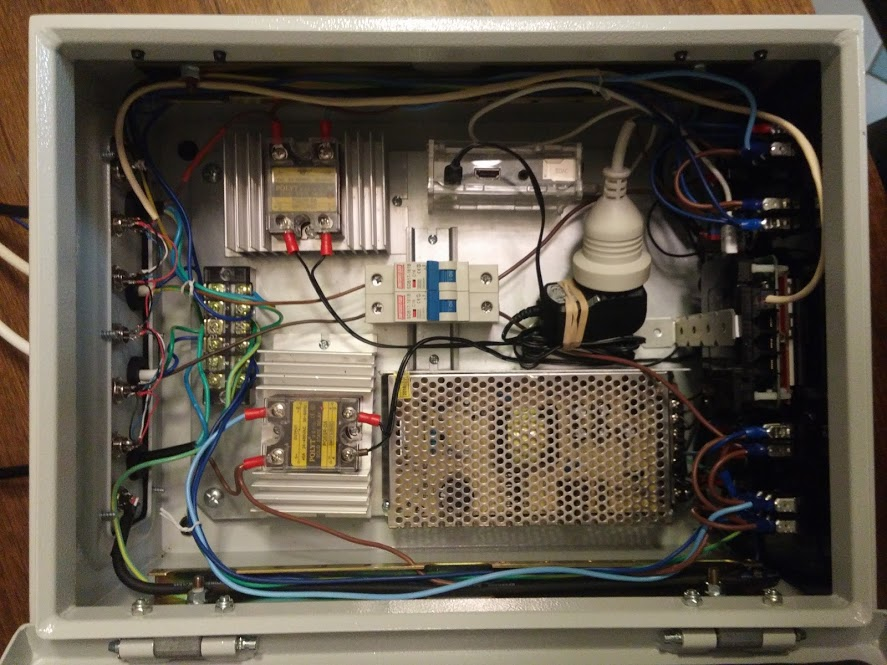 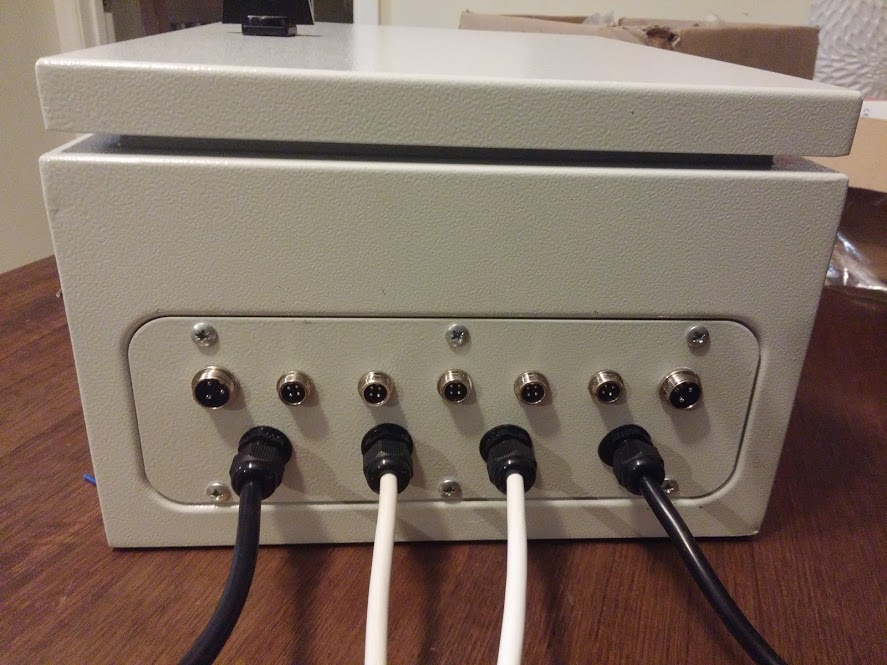 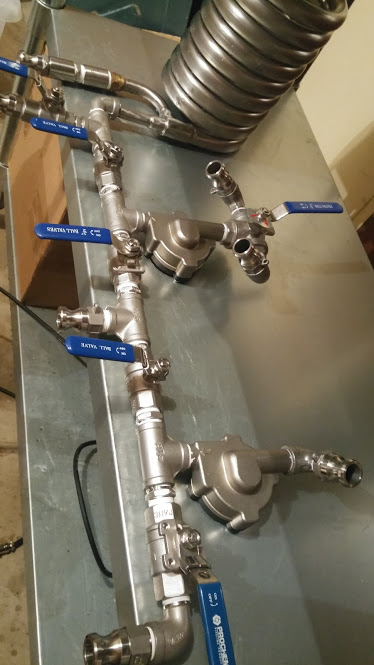 Do you have any close up pictures of your “shower head” sparge attachment? I’ve been trying to find something I can use for recirculating during mashing. I want it to come in through the lid and have the height adjustable for different batch sizes, so it sits just above the wort level. I really like the SS Brewtech version http://www.ssbrewtech.com/collections/accessories/products/sparge-arm-for-10-gal-infussion-mash-tun but I only want the head.

Have you done any brews with this setup yet? How do you find the pumps?

It’s a shame to hear your CFC isn’t very efficient. I just bought a similar sized copper one off Ali Express:
http://www.aliexpress.com/item/Copper-Counterflow-Wort-Chiller-Heat-Exchanger-Brewing-Equipment-Wort-Chiller/32613927116.html
It says the inner wort tube is convoluted copper, but when I shine a torch in it, it looks straight to me.

I’m also pretty keen for the wifi on the Photon to be implemented. I have an arduino based fridge but would like to share 1 Raspberry Pi for my mashing controller and fridge controller.

Wow, that is incredibly pretty.
I have not used the pumps oriented like that myself (the output lower than the input). Does it work well?

Yes, I’ve done several water tests so far and they primed straight away with no issues. I was going to mount them as per the pictures of your build, however I noticed the pump instructions said mounting them vertically was OK, so I went with this option since the wires are now hidden underneath the shelf, and drilling a circular hole was easier.

@Dan, I also got my CFC from Aliexpress, however I think yours will be more efficient being copper. If you are recirculating with a pump, and not doing a single pass of your wort using gravity, then you can just slow the water down to make it more water efficient (but therefore less time efficient).

Only tested with water so far, but the pumps are awesome. It’s very satisfying “reving” their speed with the pots

. The big test will be how good the trub cone is with my maiden brew tomorrow (an IPA). However the whirlpool is quite decent with the pumps on max, and with the wide high-flow BrewPi camlocks, so I think it will be fine.

The sparge shower head is just one of these, with some holes drilled around the wall bottom so it sprays out wards. I used it previously through the lid of the rubber maid (pictured). For a variable height sprayer, hanging from the lid, you could also use something like this. I actually tried one of these first, but it did not disperse the wort wide enough at HERMS flow rates. To be honest the shower head does not spray that wide either…something wider would be good. 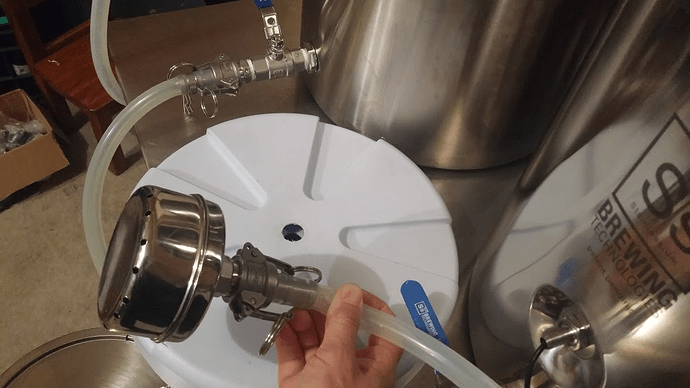 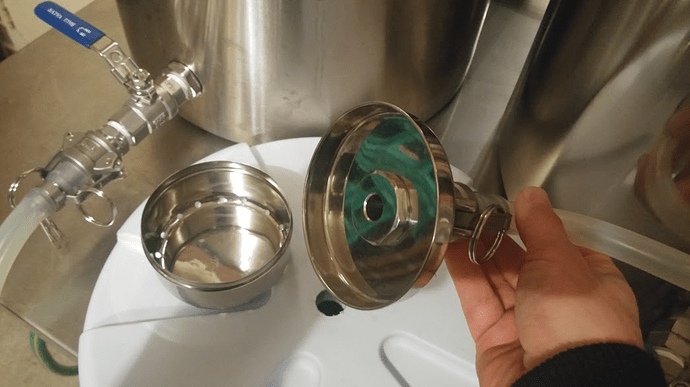 Thanks for the info. Let us know how you get on with your brew.

@Dan, my maiden brew went great thanks! Held within 0.1 degree of the mash temp for the entire hour (using the recommended mash settings). The pumps worked great and are incredibly quiet (I’ve put rubber trim around the hole edges to stop vibrations against the metal shelf). I was very relaxed by the waterfall-like trickle of the returning wort…but that could also have been the celebratory beer I was consuming at the time!

Cleaning was also easy as I had about 10L of water left in the HLT after the sparge. After tipping the grain out, I used this for a PBW rinse/clean in place, then followed this with a starsan rinse (using warm water I captured during chilling). Chilling with the 4m long SS CFC chiller took about 20min with ambient water temp around 12 degrees. It will be good to upgrade to more powerful elements eventually, as the heat times were a little slow, and not powerful enough to do a stepped mash with a 1deg/min rise.

silly question, but why are you not using the SS Brewtech Sparge Arm?

I was planing to recirculate with the lid on to minimise heat loss (with a side inlet to the mash tun). However, since I’ll be upgrading to larger heating elements, heat loss during a stepped mash won’t be an issue. So I think I’ll end up buying the SS Brewtech sparge arm.

If I end up buying one and butchering it to make an adjustable height lid attachment I’ll share some photos.

Hi Dave, This looks like an awesome set up. I am new to HERMS but would like to build my own. Do you have a schematic diagram of your set up that you could share? If not can you explain how it works? Thanks in advance,
Joe