Another hang this evening have used the reset button this time.
Logs https://termbin.com/gqfq

Thank you.
I have not been able to recreate it yet. One thing that could be different in your environment compared to mine could be the MDNS queries on the network. I have refactored the MDNS responder today to make the code more robust. It’s a long shot, but a code quality improvement anyway.

I’ll let you know when it’s ready to try, after code review tomorrow.

I noticed this in your dmesg logs:

I think maybe your SD card is dying. Haven’t really looked into it, but mccblk0 is your SD card and it has an I/O error. Maybe @Bob_Steers knows more about this, but if you have a new card, that might be a good idea.

Thanks for the pointer on the SDcard I’ll sort a new card.

For a change this evenings hang has a solid blue led.
Mem figures 66% 70%

I have had it twice when it no actuator was running, and once where my fridge was cooling, freezing my beer.

I have been pulling power to get it going back again.

I think this recent hotfix came out just after my last update, could it be related to this? 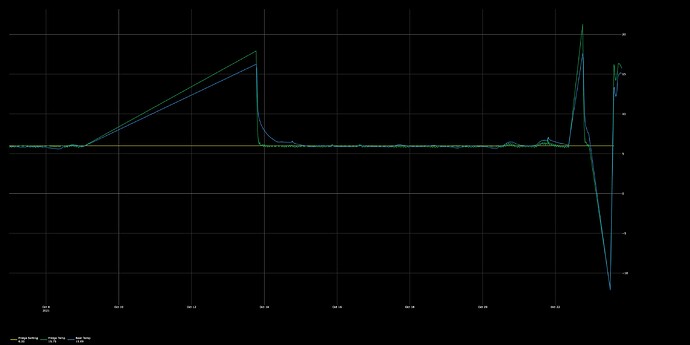 Died around Oct 9th, then Oct 22nd in the morning (9am), then again that night (10pm) where it was locked on cooling.

logs after the update https://termbin.com/l0ox

It would be good to be able to poll the device and alert me if it has stopped while we are sorting this out.

Any chance of reverting the last update and firmware to exclude that as a possible cause.

Perfect. I can use the Ticks block watching millisSinceBoot

I have been monitoring it for 24 hours after the firmware update, no freezes yet.

Any chance of reverting the last update and firmware to exclude that as a possible cause.

Build is up. In your docker-compose.yml file, for the spark services, change ${BREWBLOX_RELEASE} to firmware-fix-rollback

It will automatically download and use the image when you run brewblox-ctl up.
Later, replace it with ${BREWBLOX_RELEASE} again to undo the change.

It’s unlikely to fix the problem, but may as well give it a try.

Thank for the assistance. Firmware revert completed. Should know soon if the helps.

After my vacation I reactivated my setup. This time it lasted a longer period until I had another freeze in my Spark 3. Status LED was solid green. This are the logs before I power cycled: https://termbin.com/chx5

Sad to say firmware revert did not prevent another hang.
Sorry am Away again so do not know led status or mem usage.
Power cycled and here are the logs
https://termbin.com/7amw

Thanks for letting us know!

We narrowed down the problem, and are now looking for the root cause and a fix.
It appears that OneWire sensors suddenly take a long time to read. If you have enough senors, this will slow down the system to the point of it becoming unresponsive.

Not sure if it’s the same issue but my Spark 2 hung recently:

Luckily both of my mini fridges where not cooling at the time and it only made my kegerator serve warm beer and forced a diacetil rest on my already conditioning Helles.

Hi.
My Spark also hangs at least once a day. 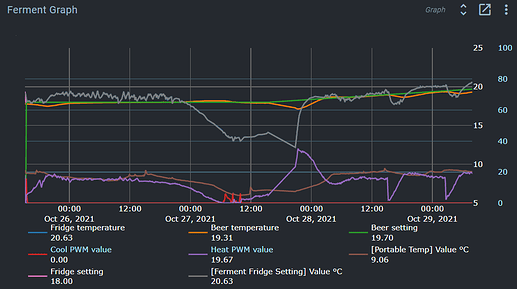 I have not been able to get a system hung up myself, best I could do is a watchdog timeout.

Any idea since which update the problems started?

I’m pretty sure it startet just a few days ago, and I’m running the latest update.

We just released an update that hopefully also fixes the hangups. I was not able to pinpoint the cause though, so I started refactoring things that maybe could have been a cause.

Please report any differences that you see.