I am trying to locate a good heater to use in my fridge build. A tube heater seems to be the recommended option. I have used a small ceramic heater for about $20 in a previous STC1000 based build. All of the tube heaters I am finding online are several hundred dollars. Any thoughts on the ceramic heater or a good inexpensive tube heater is appreciated.

As long as you have proper air circulation (and I do recommend putting in some kind of fan to properly circulate the air), a 50-100W reptile heat cable depending on the size of your fridge is probably the best way to go if you live in the US. The tube heaters you see in use here are pretty much exclusive to Europe. If you don’t want to solder up a heat cable to properly connect it to a SSR this is the recommended solution. http://www.powerswitchtail.com/Pages/default.aspx.

DO NOT use the ceramic heater. They are dangerous to run unattended and too powerful for this setup.

I have no problem wiring up the SSR. Do you think that I would have to have the fan running constantly or only when my heater is actually running?

In past discussions I’ve read it seems as though most people are in the “always on” boat. Uniformity of air temperature throughout the chamber is one of the keys to getting this system working well. Other key factors include the use of a thermowell to accurately measure the temperature of fermentation, proper fridge tempurature probe placement, good insulation, and a goldilocks approach to heating and cooling. Also, while I haven’t made a thread about it, I do think that having enough space between the walls of the fridge and the fermentation vessel is important. Having adequate space buffers the temperature.

What part of the world are you in? I live in NZ but brought some of these tubular heaters back from the UK when I was last there:

@Blankly - all good advice. Planning on a thermowell. I am sure if I poke around I can find some reference/suggestions on placement for the fridge probe. My fridge is plenty big. Wife isn’t thrilled about it, but I found a full sized upright without a freezer rather than a mini unit. Easily holds 2 6.5 gallon carbons with lots of room to spare. Will probably be holding my body if I buy much more gear or another fridge. This is my fourth at our house.

Not quite sure that I know how to implement the goldilocks reference, are you just suggesting not to get too big of a heater? What do you think of this http://www.amazon.com/Zoo-Med-ReptiCare-Ceramic-Infrared/dp/B0002AQCPK/ref=sr_1_1?ie=UTF8&qid=1442978704&sr=8-1&keywords=Reptile+wire+heater

@Dan I am in Portland, OR west coast USA.

LOL yeah too big a heater or chiller relative to your thermal load and you’ll likely run into issues with wild swings in temperature and have to spend a bunch of time playing with the PID constants to get it under control. The settings by default are pretty aggressive. A hundred watts seems to be the basic recommended wattage for the heat source. After all, gradual temperature changes are what we are shooting for as brewers.

As for the fridge probe placement, just keep it away from the heater and walls that chill. Otherwise your fridge temperature isn’t accurately representing the air temperature inside the chamber.

This is what I went with and it has served me pretty well so far in my tests. In my space it’s possibly a little too much. (6 cu ft) The benefit of having something like this is that it’s splash proof. I wove it through one of the wire shelves my fridge has but you could put together a rack with PVC fittings and wind it around the bars and fasten it down with small zip ties to keep it in place. Another idea would be to just nail a bunch of short nails in a board and weave the cable around the nails. Just pay attention to the maximum bend radius recommendations. I also wouldn’t advise wrapping it over itself.

This is my build just for reference if you do decide to go this route.

Intro Hi all! First off, I’m really excited to get started with the BrewPi! I just recently purchased a BrewPi as well as a couple of temp sensors and 10A SSRs + heatsinks to get me started. (It should be arriving soon!) I want to include a lot of details regarding this build here as I go along with the build. I find there is a serious lack of complete build information on the forum. I will be using a BrewPi Spark v2 (particle photon). This is really all I will be focusing on for the next few…

Incandescent bulbs get very hot though and if you don’t somehow protect them from splashes that sounds like a good way to either start a fire or electrocute yourself. If you are using an airlock and the fermentation is so active that kräusen plugs the airlock, the pressure can eject the airlock violently and spray stuff everywhere including the light bulb. Just Google it if you don’t believe me. There are some monumental messes created in fridges and on ceilings this way. lol

Ah, I believe you. I am still collecting parts for my build. I guess using a lightbulb is off the table, unless it’s in a housing I suppose. Thanks for the heads-up.

I bought a ceramic light socket base and a new paint can and put it on the underside of a paint can lid with a couple of holes works great for me.

Would a vivarium heat mat do the trick? They can get pretty hot but are safe unattended.

As most reptiles get from their naturally warm climates, when kept in the UK they need extra heat to make sure they are happy and healthy. A commonly used method is to include a heat mat in...

The question isn’t whether or not it works. I’m sure it works. It’s whether or not that’s safe. I don’t think anyone here recommends that setup. If you’re willing to chance what happens if there’s a spill or your fermenter bubbles over in the fridge that’s your undertaking realizing the risks involved in having an electrical socket potentially come into contact with a liquid.

I see what your saying but it’s in a can with a lid…and i guess it’s all up to the user to be smart to place it properly in the fridge . I have had mine running for two years and just had one burnt out light sitting on the bottom of my fridge. But i guess it all depends on how your fridge is set up cause if mine spilled or blows off it would never get close to it. I guess it all comes down to it can be safe if you’re smart when placing it in the fridge.

Sure as long as it outputs around 100W. If you’re in the UK though you can easily pick up a tube heater for around the same price. Just make sure it’s listed as being water proof or at least water resistant.

The greater the surface area of your heater (granted it’s between 50-100W) coupled with good air circulation will help to prevent hot spots in your fermentation vessel. It helps to think of the air around the fermenter as being a jacket. Our goal is to be able heat the air evenly.

Yep, which is why it’s generally not recommended. The same can be said for blow dryers and ceramic heaters. SSR’s tend to fail shorted. If your SSR fails shorted, your light is stuck on, (let’s assume it’s 100W) .The light will stay on continuously heating that paint can. A 100W incandescent light bulb being a very efficient and intense source of heat could definitely heat the can and anything plastic (wires) inside or touching it to the point of combustion given enough time. A 100W filament is something like 4200F.

Also, with people using the built in fridge shelving (not designed to hold the weight of 5-7 gal of water) anything below it should be able to withstand potential shelf failure.

I’ve been using a Mangrove Jack heat pad in my full-size upright freezer with great results. It is rated at 25W and I just stand it upright on the side of the freezer. 25W might not seem like a lot, but I regularly do 17-gallon batches in a Blichmann conical fermenter and this heater is up to the task. I honestly don’t remember where I got it, but mine is US-compatible (120V) so I probably didn’t get it from NZ or AU! 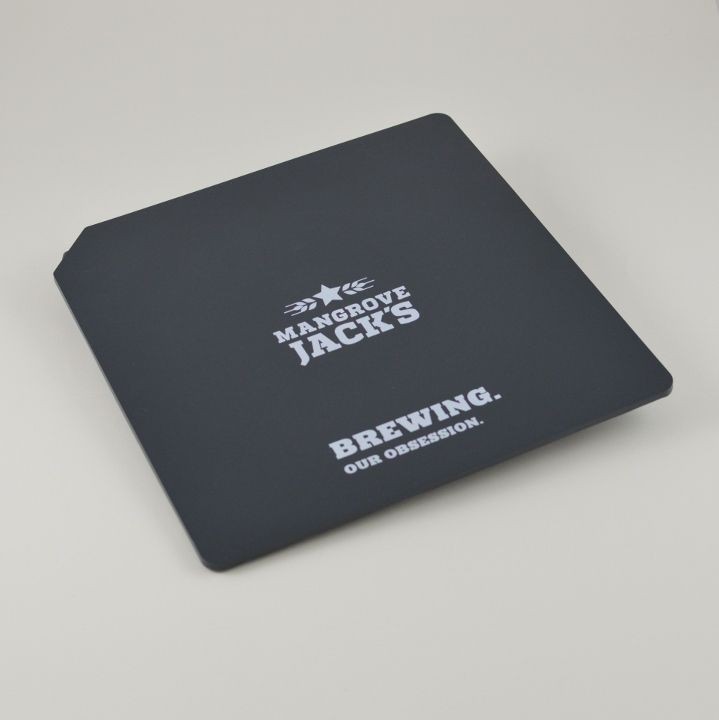 Yeah I think (to a point) the surface area of the heater and good air circulation are more important than wattage at least if your fridge room doesn’t get too cold since the fermentation is generating heat. If you’re living in a region that experiences very cold winters and you have your fridge in an uninsulated garage you might have some trouble with a lower powered heat mat though I imagine.